Our goal is to help homeless people to find their Ithaca. We aim at increasing the level of social integration of the homeless population, whose number has increased significantly in the last few years due to the socio-economic crisis. Given the lack of adequate hygiene services for the homeless, we decided to create a mobile laundry. Through our free provision of services, we intend to improve the hygiene conditions of homeless people, as well as to restore their dignity and self-esteem. 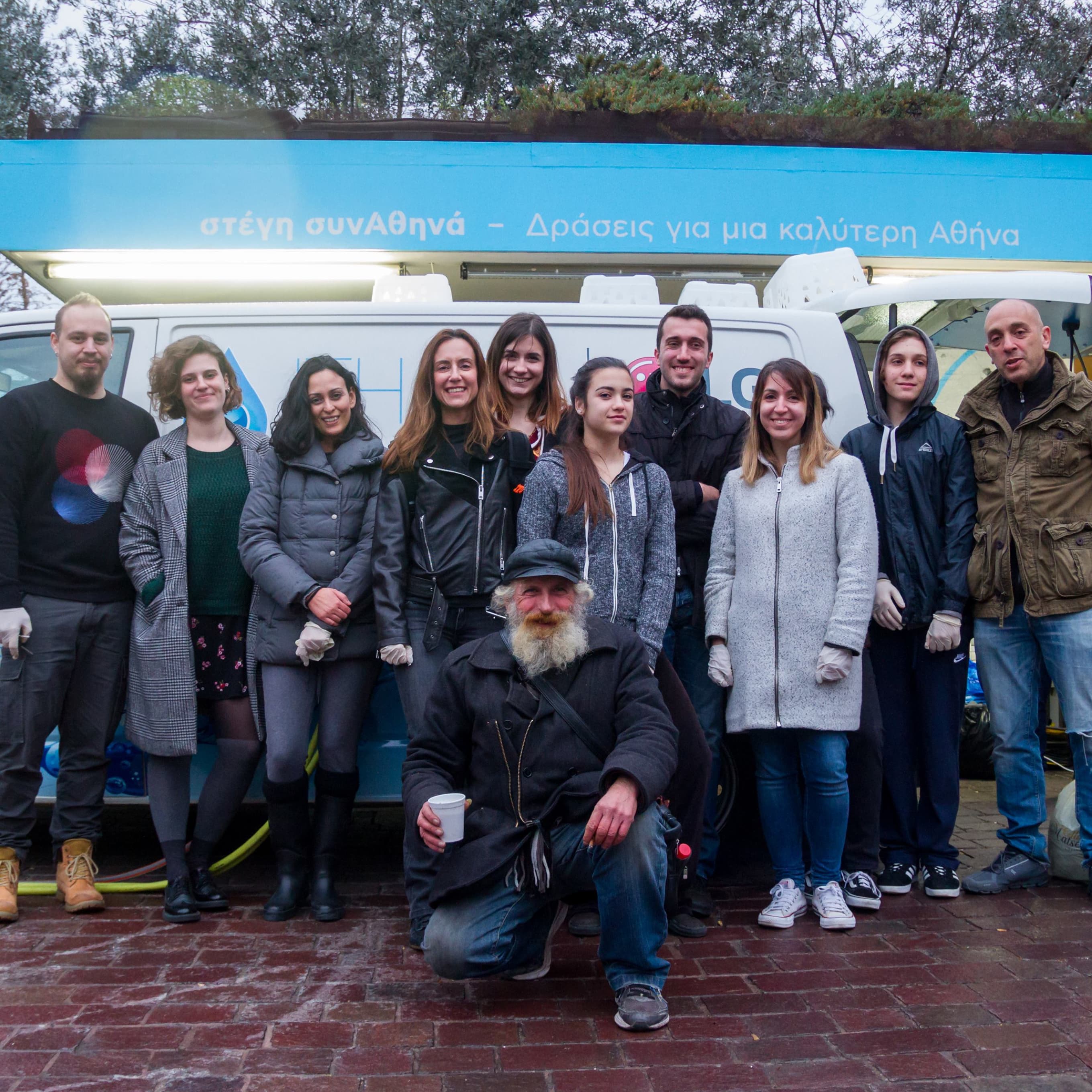 The mobile nature of our services allows us to move wherever and whenever there is a need. In that way, we can approach and serve many people who are often unwilling to leave their spots and go to places that do not have access to sanitation services (e.g. accommodation centers, improvised settlements, squats etc.). This operating model also allows us to keep costs low, as we are exempted from rent and similar operating costs. 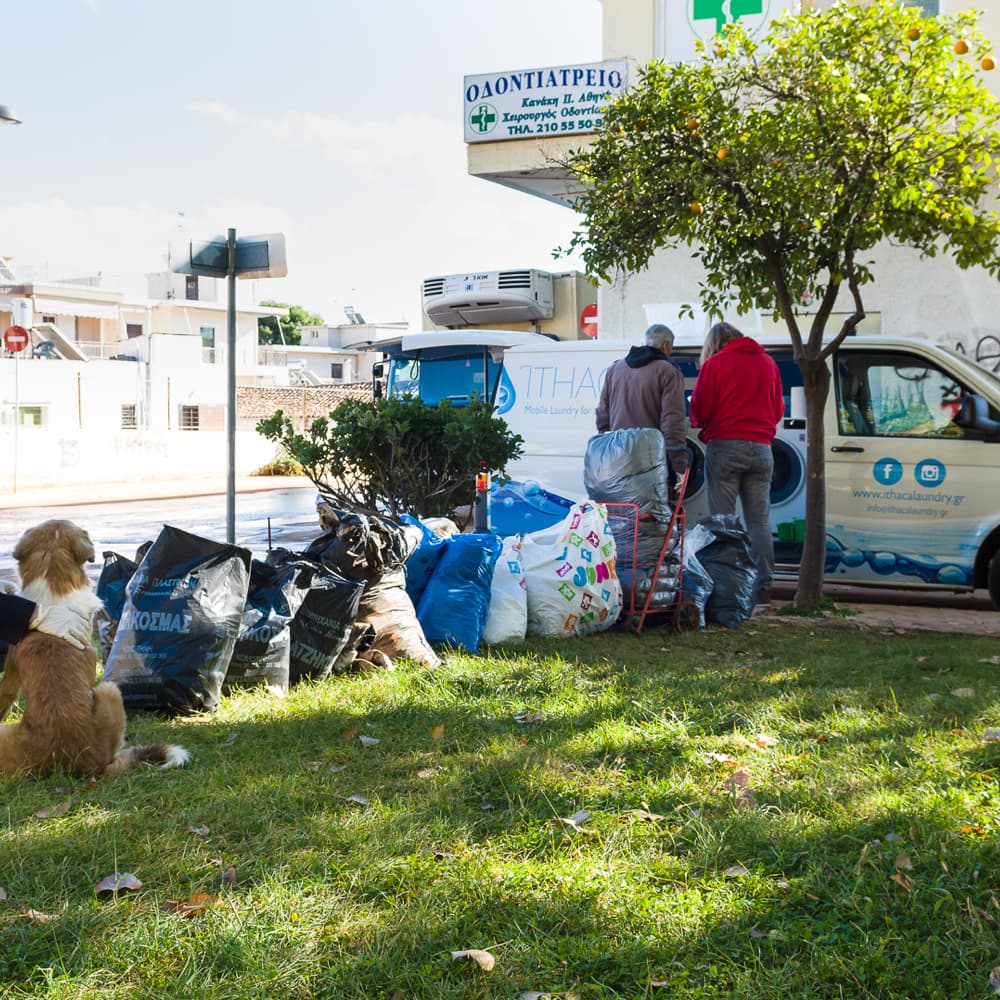 The Laundry operates in different but stable and distinct points in Attica and Piraeus. Our stable schedule is publicly communicated to the beneficiaries and is adapted to the needs of each service point. This is our schedule. 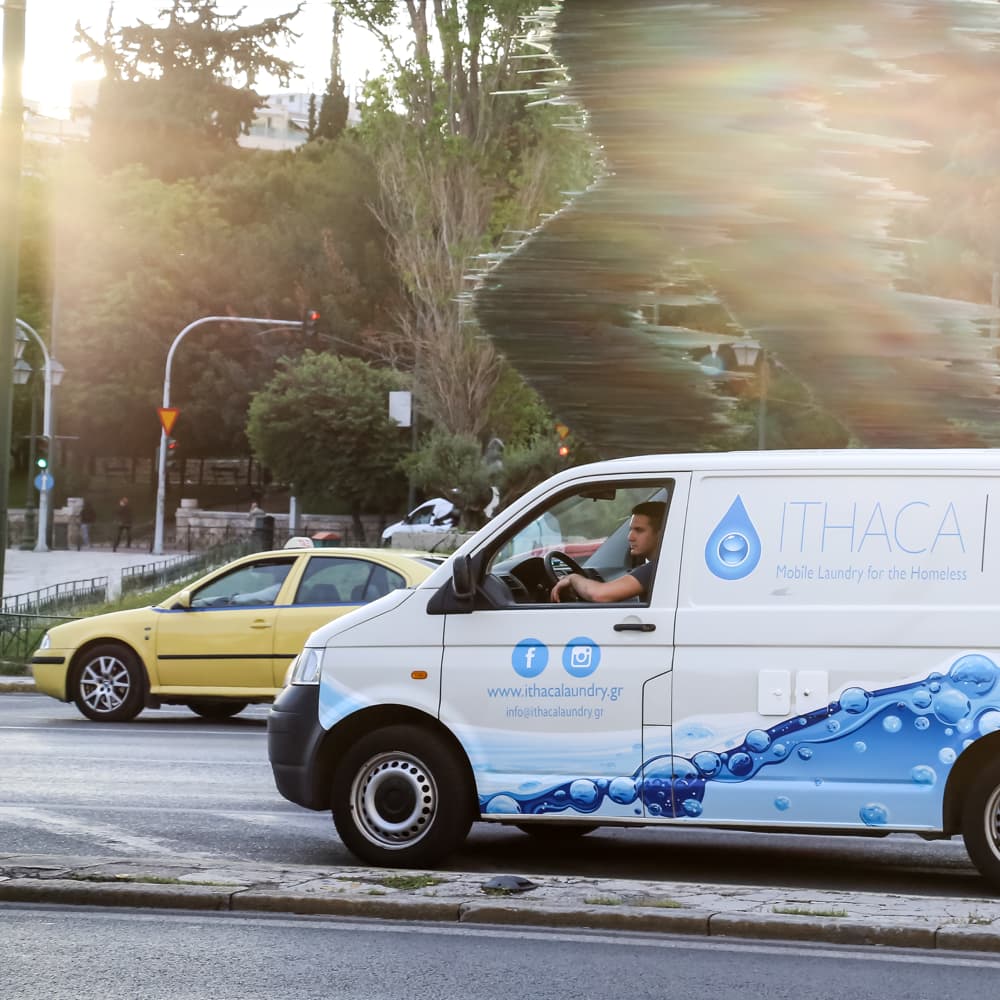 Our mobile unit consists of two washing machines and two tumble dryers, while water and electricity are provided free of charge by partner organizations. Each wash lasts about 40′ and drying the clothes another 45′. Beneficiaries deliver their clothes at the start of the shift, where they receive a priority number by which they pick up their clothes at the end of the process. Our employees in the field and volunteers are responsible for the reception and proper service of the beneficiaries as well as for the smooth functioning of the overall operation. 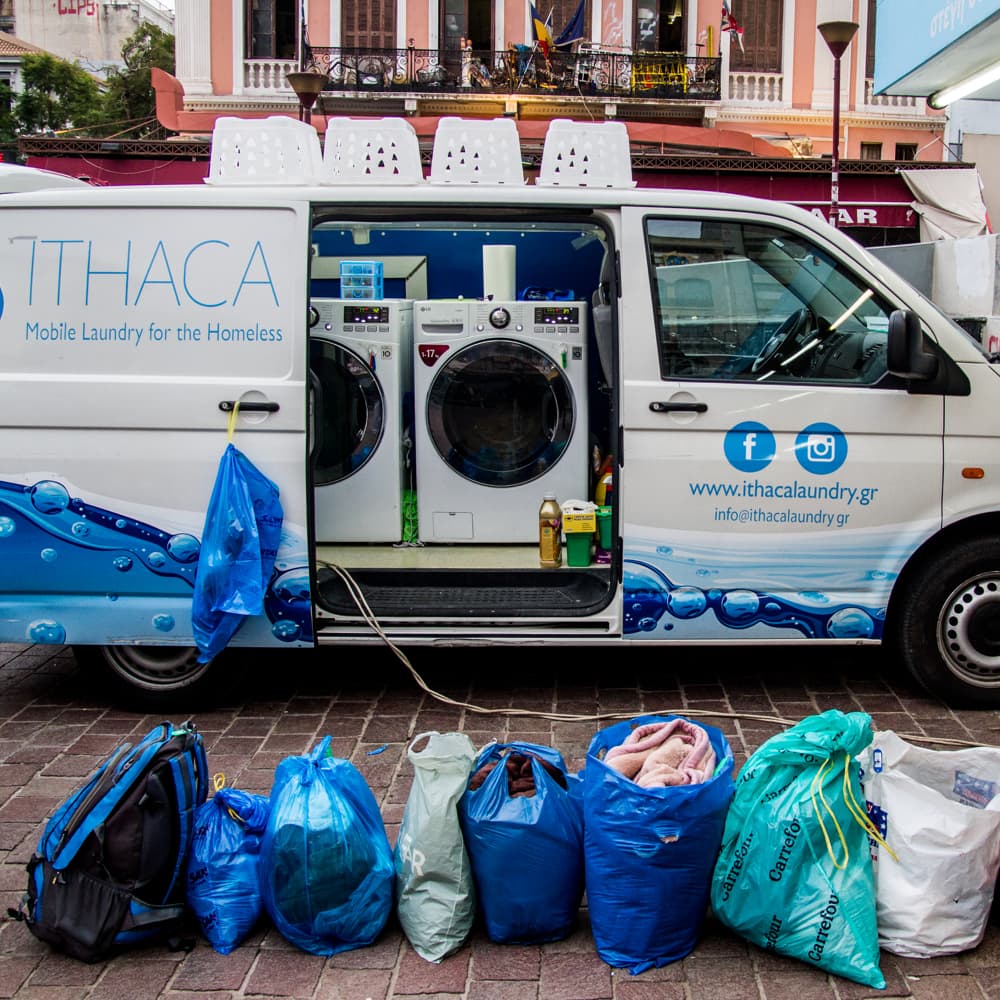 Ithaca was founded in 2015 by three students, Thanos Spiliopoulos, Fanis Tsonas and Andili Rahouti. After watching a similar project in Australia, Thanos, Fanis and Andili decided to create the first mobile laundry for the homeless in Greece and Europe. Their project was catalyzed by being awarded the Angelopoulos CGIU Fellowship in 2015.  It was also awarded the Social Impact Award 2015 and the Social Impact Award Entrepreneurship of the European Investment Bank (Social Innovation Tournament 2016). This idea came about in concrete form on April 5, 2016, when Ithaca’s mobile laundry was first launched in the streets of Athens. Since January 2017, the Ithaca team has begun to grow and operate on a day-to-day basis, whereas it created the first job positions for people from vulnerable social groups within the organization. At the moment, the mobile laundry operates in five different spots in Athens and Piraeus, six days a week, while at the same time it tries to expand its range so as to serve as many people as possible. 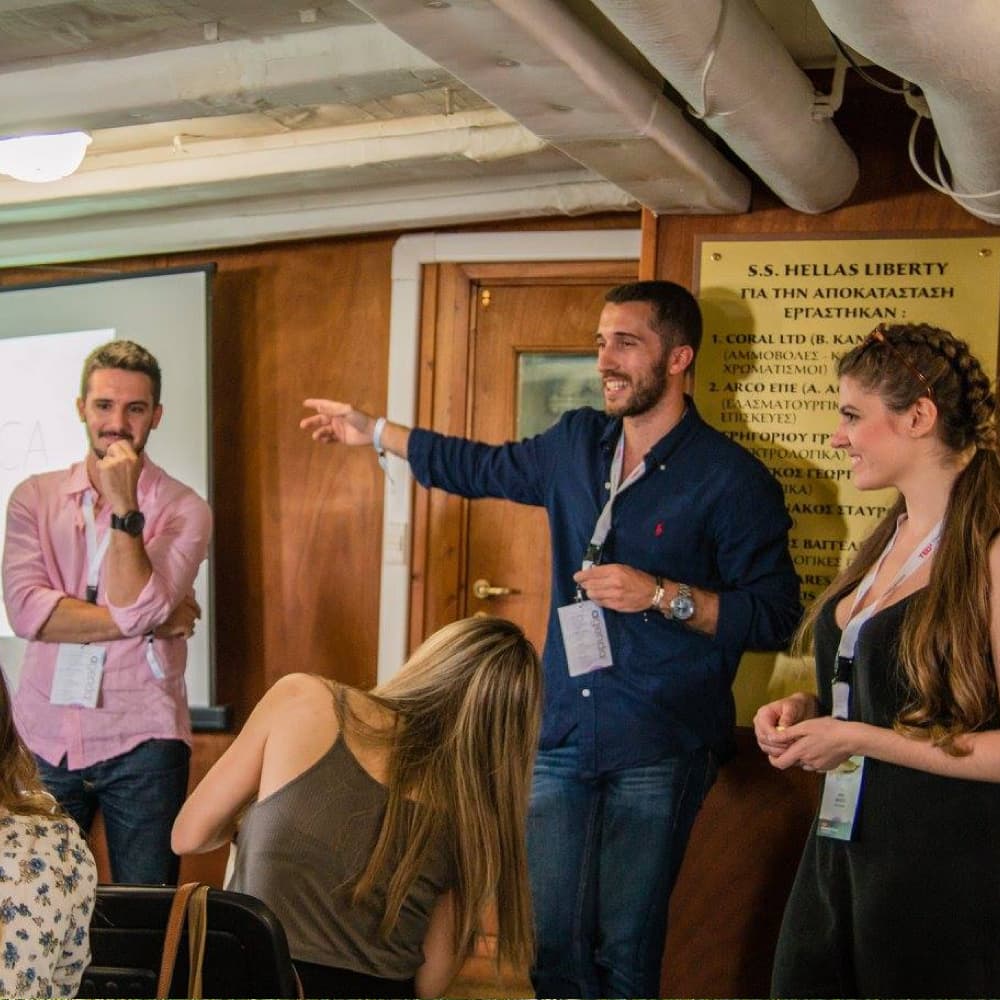