Since April 2016 we have been providing social services with dedication in order to ensure proper hygiene conditions for people in need. The main goal of our work is the social reintegration of individuals from vulnerable population groups. Through the operation of the mobile laundry at different but stable spots in Athens and Piraeus we are able to provide hygiene services to the homeless, so as to restore their dignity and self-esteem. Alongside, since January 2017 we have created part-time jobs for people from vulnerable social groups. By employing them for a specific time period and providing them with certain skills, such as work, counseling and guidance, we aim at their reintegration in both work and social life.

Our impact so far 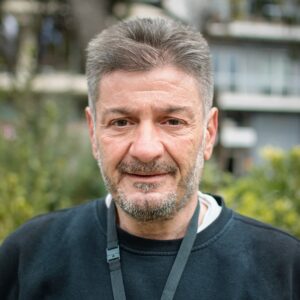 Kostas was working in technical professions before he became homeless.  For about a year, he was a member of the Ithaca team, where he became one of the persons of reference. Being in charge of the daily operation, reception, and service of the beneficiaries of the Mobile Unit at every spot, he interacted a lot with the people who visited us and always treated them with a sense of responsibility and respect for the conditions under which they live.

Along with the Programme’s work training to re-adapt to a professional environment, he received job- counseling and empowerment from our team’s qualified Social Worker throughout his stay within the organization with individual sessions.

After almost 3 years of homelessness, and living in shelters, through Ithaca, he was able to fulfill his dream of having his own home to house from now on every dream and hope. He goes, therefore, having started in a new job and gained all the tools to continue his dynamic journey, showing us that change starts with ourselves.

Kostas, thank you and we are very proud of you! 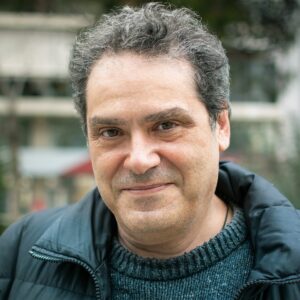 For many years, Antonis was a worker in the tourism trades. Circumstances, however, led him to the specter of long-term unemployment. He, however, did not give up! For about 10 months Antonis found himself embraced by the Ithaca team. He worked in a position of responsibility, being in charge of the daily operation, reception, and service of the beneficiaries in the Dormitory of the Multilateral Homeless Center of Athens Municipality.

We gave him, what he had been deprived of for so long, an organized work environment, a caring team, and a second chance in life. It didn’t take long for Antonis to give back all that was offered to the beneficiaries of the Homeless Centre. Compassion-driven, he gave the care that was so lacking to people coming from vulnerable social groups. He gave joy and hope to all of them. We are very proud of his development in this short time that he was among us.

After receiving personalized advice on writing his CV, the interview process, and utilizing Ithaca’s large network of contacts, he now works for another organization, continuing to support vulnerable groups and in particular, unaccompanied children & adolescents.

We wish Antonis all the best in his life, combining all the beautiful qualities of himself and all the skills he gained from his time in Ithaca. We all thank you very much, from the bottom of our hearts! 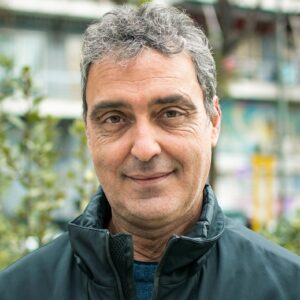 Panagiotis worked in Ithaca for 10 months as a mobile unit driver and was responsible for the daily operation, reception, and service of Ithaca’s beneficiaries in the field.

Prior to Ithaca, he worked for a long time in the tourism industry until he found himself long-term unemployed, which is why he joined our team. Always with sensitivity and a smile, Panagiotis tirelessly provided for the beneficiaries who sought his help in the field. He is a lovely man, whom anyone would want to work with, with characteristics that everyone will appreciate in the next steps of his life.

Panagiotis, by receiving, during all this time, counseling support, with the assistance of our social worker, has already managed to find new employment. After personalized advice on writing his resume, the interview process, and taking advantage of Ithaca’s large network of contacts, Panagiotis will work in a well-known supermarket chain. We are, indeed, very proud of you, Panagiotis!

Shortly after our foundation, we met Leonidas, as a beneficiary of our action. He had been working for many years as a painter, but due to the economic crisis, he found himself unemployed and homeless. Through our frequent communication, our team saw his abilities, his positive qualities, and his willingness to change his life, which is why a few months later we “embraced” him as one of our field workers.

As the person in charge of the daily operation, reception, and service of the beneficiaries of Ithaca, Leonidas managed in one year to prove his love for giving and solidarity and to regain all those characteristics that had been lost due to long professional inactivity and social exclusion. His responsibility, professionalism, integrity, and consistency made Leonidas indispensable to our work.

When we asked him what his life is like after Ithaca, he replied: It feels like a dream.

Thank you very much, Leonidas!

(Since April 2020, Leonidas has been working permanently in a shelter where he is again giving back to our fellow human beings in need).

We met Michalis from the street paper “Shedia” and worked as Ithaca’s driver for 10 months. Through the support of our program, he moved on to a new job position that matches better to his professional profile. Michalis shared with us his experience as an employee at Ithaca with the following text. We thank him for everything! “Throughout the period that I was given the opportunity to work at Ithaca, I gained many benefits. Working at Ithaca is like the return to lost self-esteem and dignity. You feel unprecedented emotions, like solidarity and the pleasure to offer to the people that are in need. You feel that you contribute to the society and that you help to build a world without inequalities, without homeless and unemployed people or refugees that left their countries due to war. You feel proud of the smiles on the beneficiaries’ faces when they come and see that their clothes are clean. Ithaca helps not only its employees, but also its beneficiaries in order to make the next step towards the improvement of their life. A great thank you to Ithaca for letting me join their team…”

We met Petros through the program “Housing and Reintegration”, which aimed at supporting people from social vulnerable groups. Before becoming Ithaca’s employee, Petros had been working in a construction company in Nigeria, which was forced to shut down due to the crisis in the country. When he returned to Greece, Petros remained unemployed for a long period of time. For this reason, he assumed the position of Ithaca’s driver, which was the second job position created in the organization. Within a short period of time, Petros managed to regain his confidence and all the positive attributes he had in both personal and professional level – characteristics that had disappeared due to his long-term unemployment. Petros followed the same procedure as Christos: implementation of several sessions of counselling and guidance that we managed to offer him in collaboration with the organizations “Ikelos” and “Solidarity Now”. After completing 14 months in Ithaca, Petros found a new job position on a full-time basis. We are very happy because Petros’s remarkable progress in such a short period of time is a proof and a strong motivation for us to keep supporting those who need it the most.

We met Christos at Athinas Street – our first operation spot – where he was a beneficiary of our services as well as a volunteer of other organizations that offered their services to the homeless people of the area. In the past, Christos had been working as a house painter but he remained unemployed for a long period of time. Thus, in order to give him the chance to start working again, we decided to offer him the first job position that was created in Ithaca. Aiming at providing a substantial and comprehensive support to Christos, we organized many hours of counselling and guidance that were realized by “Epicentre” (Epikentro) of ActionAid Hellas. After 15 months of genuine effort and willingness, Christos acquired all the necessary skills and managed to find a full-time job position. We are very happy that Christos was the first member of our team and also for being by his side supporting him along the way.

(Christos unfortunately is no longer with us, yet he will always be in our heart.)